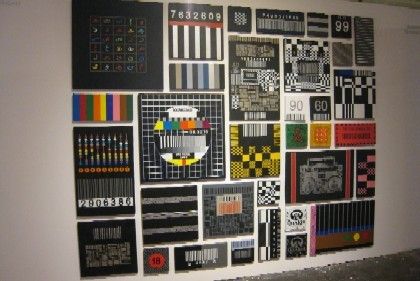 “I am a country man and at the same time, the son of this strange, scary oil civilization. In ten years our lives changed completely. For me it is a drastic change that I experience everyday,” says the quote attached to the piece “Evolution of Man”; a black screen with an X-ray of a man pointing a gun at himself by contemporary Saudi artist Ahmed Mater.

The controversy of modernization and tradition, rapid change and globalization, natural resources and urbanization in the Saudi society is depicted in the touring exhibition “the Edge of Arabia Istanbul: Transition” opened on 5th of November in Sanat Limanı, Istanbul.

The exhibition was launched in Riyadh, Saudi Arabia in January this year and has been shown so far in Dubai, London, Berlin and Venice. The tour will continue in several cities around the world until 2014. The “the Edge of Arabia Istanbul: Transition” is part of the European Capital of Culture 2010 project.

“The Edge of Arabia” brings together works by 22 new generation Saudi artists presenting a great variety of Saudi contemporary art touching upon the intriguing Saudi culture. A variety of techniques ranging from installation, to photography, video and painting are used in the works.

The exhibition is divided into sections: Century of the self, Solitary Prayer, the Rise of Video Art, Consumer Kingdom, and Message to the Messengers. Each of the section offers an explanation of the social trends and developments providing a deeper insight into the Saudi society. They raise questions on religion, individuality, ancestral roots, environment, consumerism, urbanization and rapid modernization, to mention a few.

There is a great risk that exhibitions like Edge of Arabia become similar to the culture descriptions of the Lonely Planet: vague, nice to read and digestible, mainly supposed to provide an exotic experience for a foreigner. In many ways Edge of Arabia offers a set of easily workable material for understanding the contemporary Saudi Arabia but fortunately it takes a step deeper into the culture.

Bassem Alsharqi touches on the growing consumerism of the Saudi society with his wall-wide collage of different barcodes “Jeddah Barcodes”. ““Barcodes” comes to signify all that is consumed, commercial or industrial, becoming a significant code that envelops everything in life that is personal to us, such as the ID number or passport number…these codes contain vital information”.

The piece Nour by Hala Ali stands out with its almost annoying vagueness. The piece depicts the final episode of the Turkish soap opera Gümüş (Nour in Arabic). Gümüş, dubbed in colloquial Syrian Arabic brought together the Turks and the Arabs in their everyday lives and for their love of fiction. The piece itself, however, does not seem to offer anything else to the viewer than just a replay of the final episode in Syrian Arabic. It makes the viewer left with a number of questions, such as why was the TV show so appealing to the Arab audience.

The exhibition is fascinating and captivating for a Western viewer. However, I cannot help to be critical and aware of the existence my own European prejudices and how I feel they affect my perception of the pieces in the exhibition.

My prejudiced perceptions become evident in the face of the intriguing installation by Noha Al Sharif. The installation portraits a group of figures with no faces covered in black clothes humbly bending their heads in the same direction. My first impression was of subordinated women – the common stereotype in most of the Western countries of Muslim women in hejab. After discovering the name of the piece “Humbly & Devout” I was forced to re-evaluate my perception. “They are symbolic of the prayer rather than attempting to be recreations of human beings,” explains Noha Al Sharif. The installation indeed brings out very controversial feelings: the facelessness and devotion of the figures bring out the image of subordination whether it to be in front of God or of social structures.

The beautiful Arabic script appears in many of the works in the exhibition. Most stunning of all is the “Illumination XV & XVI” by Ahmed Mater. In his work Matter combines contemporary means with traditional Islamic art coming up with fascinating portraits. In this particular piece Matter has placed two X-rays of skeletons facing each other on beautiful papers illustrated with traditional decorations used in Islamic art. The text placed next to the piece elaborates more on Ahmed Mater’s interpretation that is “Drawn in by the arresting and unresolved tension between an objective representation of the human body and a subjective expression of faith and superstition.”

Beautiful sceneries of the desert shaped by humans but still remaining vast and peaceful are illustrated in Sami al-Turki’s photographs. Attached to the work, the artist poses the most absorbing question of the exhibition: “What scenes of the Middle East remain when the wells of black gold grow scarce and grandeur if it dries up? What of the people? Will they be able to return to the old nomadic life that was lost with the introduction of global culture?”

The Edge of Arabia Istanbul: Transition in Sanat Limanı, Antrepo No.5, Tophane, Istanbul until 26th of December 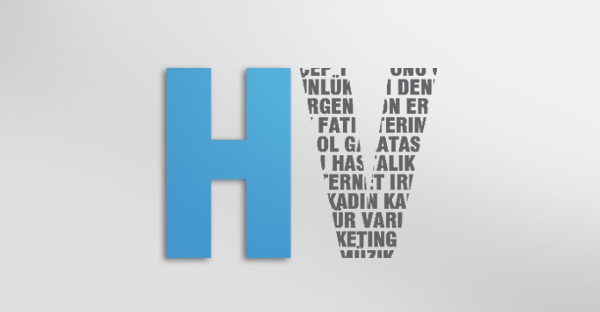